How to create a secure and postive Developer Experience on Azure

An anti-pattern I’ve seen in security-conscious organisations is, access to the Public Cloud provider’s console is restricted in development environments. In a recent project I worked on, developers did not have access to the Azure portal to view, debug and test changes in a non-production environment. The restricted access impeded the developer experience (DevEx), negating the Public Cloud’s productivity benefits.

Let’s look at how we can safely improve the developer workflow and mitigate the risks associated with giving developers more autonomy.

Access to the portal was given only to the Ops team. The team did not have access to the Azure subscription through the Azure portal to verify changes or debug problems. The team had to engage the Ops team to look at the problem, usually via raising a ticket and then explaining the problem and waiting for a response.

This mode of working is a DevOps anti-pattern. A developer should have the freedom to resolve their issues without having to depend on another team.

The developer is blocked, and the wait-time increases development costs. An Ops team member has to be interrupted to un-block a developer. Resources are diverted from making platform improvements, creating a negative loop. I call this the Wall of Confusion. 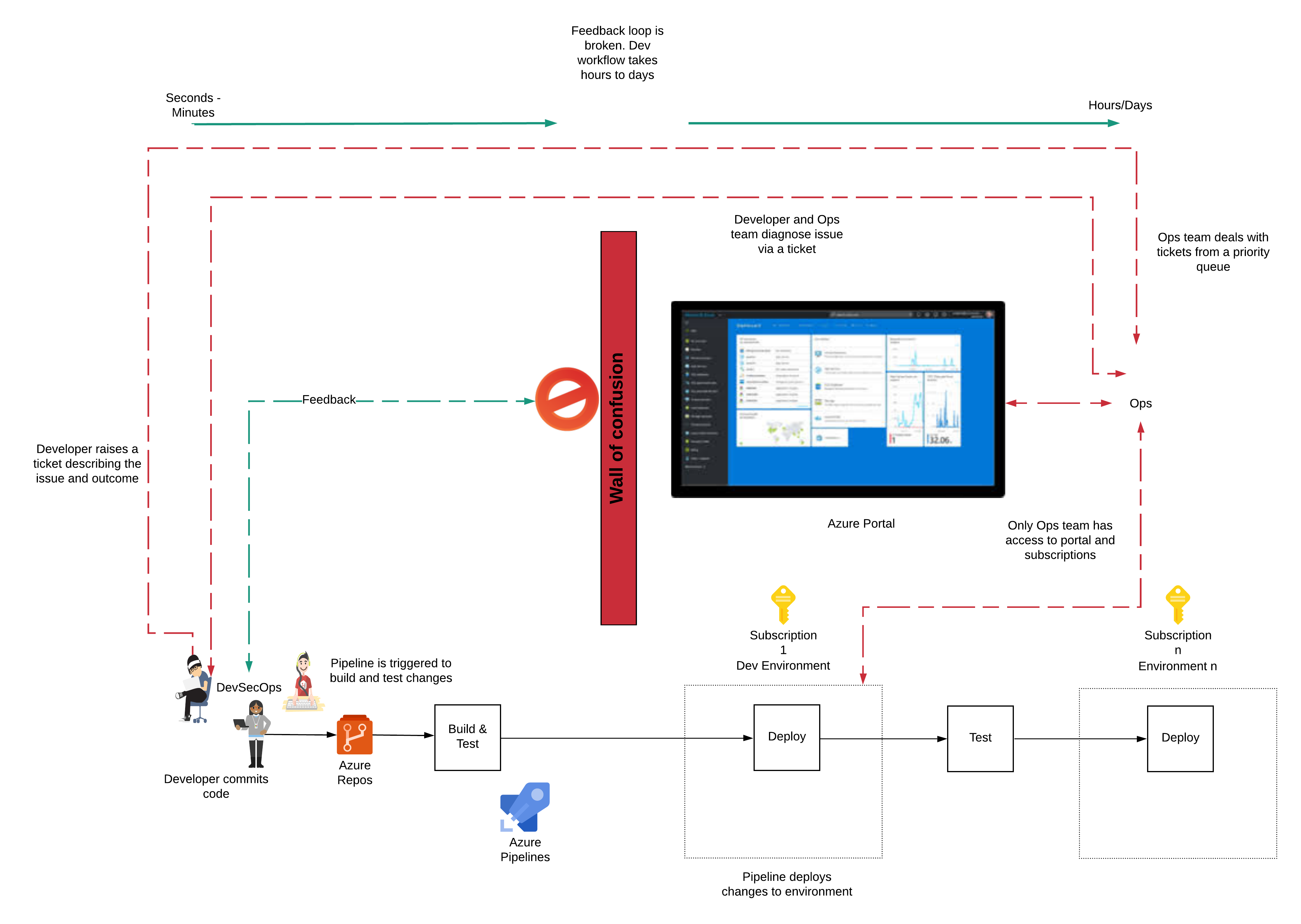 The developer writes infrastructure as code (IaC) to create and configure Azure. The developer checks in code and tests to source control. The code commit triggers a pipeline, which runs the IaC to make the intended changes first in the development (Dev) environment.

The pipeline then executes the tests automatically to test for regression and that the new functionality works. When the tests pass (the build is green), the changes are propagated to the following environment. 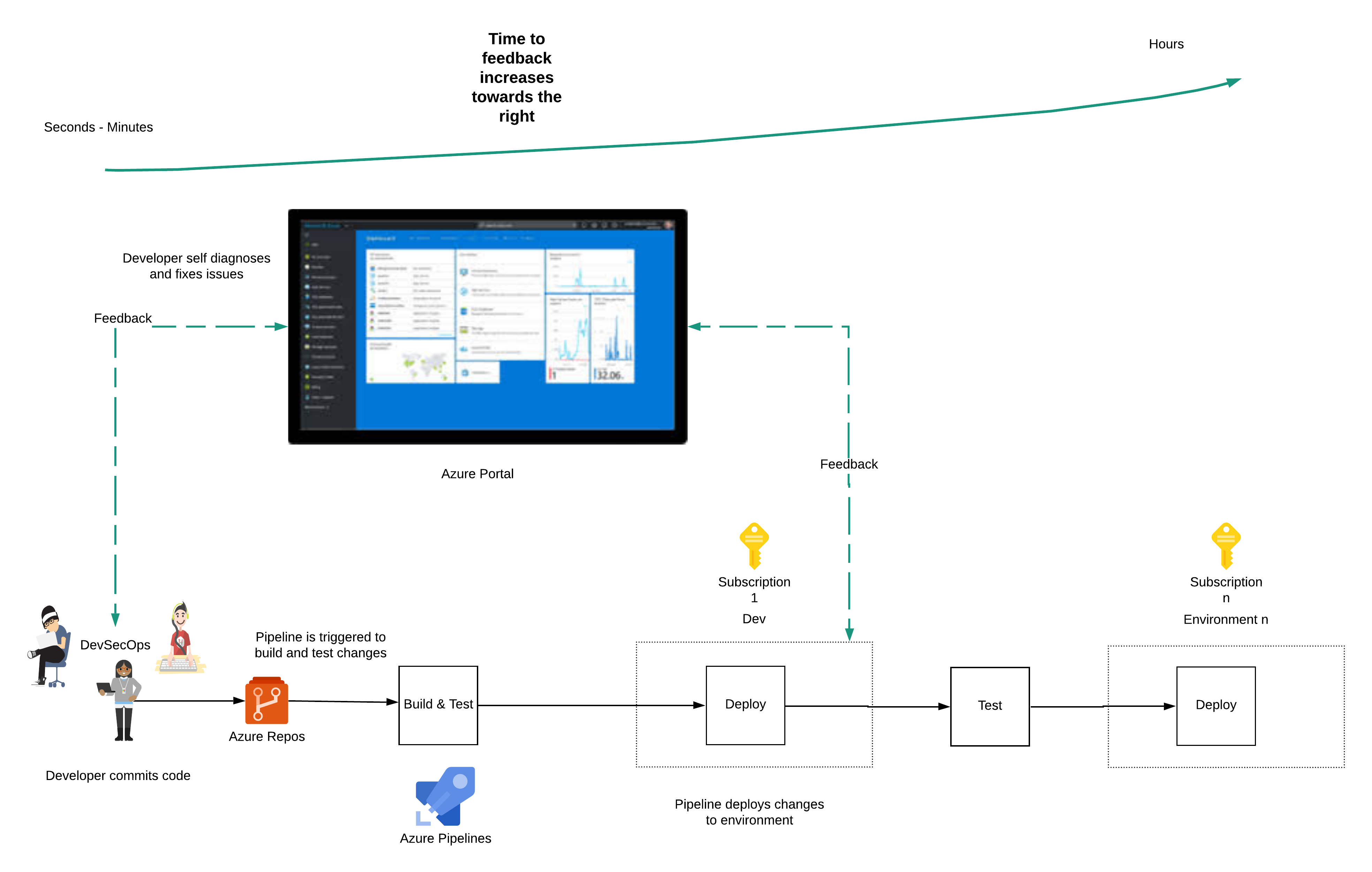 In the Dev environment, a developer will need to eyeball the changes made to Azure resources to verify that the resources were created and configured as expected. A successful run of the pipeline may not always indicate a successful deployment.

If a test fails, the developer will need to use the Azure portal to check the state of resources related to the failure. The developer should also have access to manually create new resources to test the latest changes before applying the fix to code and committing the change to source control, which triggers the pipeline.

The impact of a poor developer experience

The important observations are;

How to improve the developer experience safely?

So how do we improve the developer experience whilst keeping production data and sensitive configuration secure?

We need to start with some. Restrictions. Developers will only have permissions to view, manage and debug resources via the Azure Portal in lower environments such as Dev and Test.

Developers will only have read-only access in higher environments, such as Pre-Prod and Prod, for the following;

Developers will be not be given permissions to view the following in higher environments; 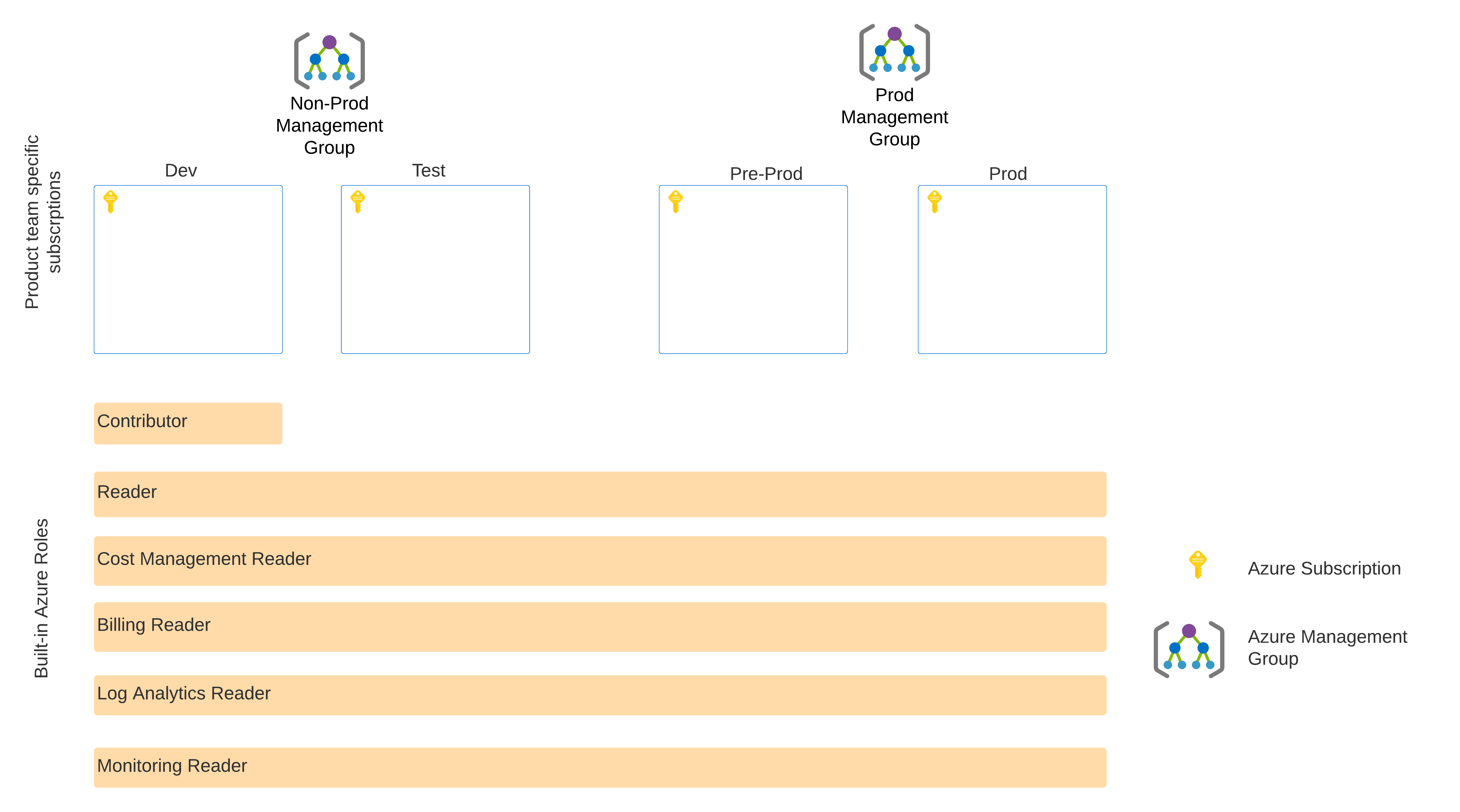 The built-in Azure roles, which will be assigned to the user group that the developer is in. It’s expected that the RBAC assignments will be at the management group level and not at the subscription level.

To make this work, subscriptions are associated with product team-specific Azure management groups to ensure proper configuration and control of subscriptions.

The only path to a Production environment will be via pipelines in Azure DevOps, using code from source control. Changes made via the portal will not be propagated to higher environments and can be overwritten on the next pipeline run.

Mitigating the risks associated with the approach

There are common arguments against the approach described above and the risks associated with it. However, there are effective mitigations.

What do we get when we unblock the developer experience?

Adopting the approach has positive benefits, even though managing RBAC at scale requires extensive automation.